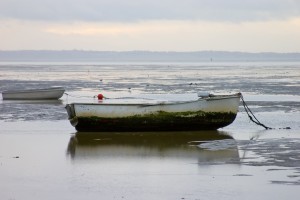 For one reason or another we all procrastinate from time to time.  WIKI states that:-

Procrastination is the avoidance of doing a task which needs to be accomplished.  It is the practice of doing more pleasurable things in place of less pleasurable ones, or carrying out less urgent tasks instead of more urgent ones, thus putting off impending tasks to a later time.

So why do we do it. When I was studying for my exams, it was amazing how tidy the flat became.  Rather than sit down in front of the books, I would pick up the vacuum cleaner, and give the flat a once over, a habit I have to say I managed to break soon after my exams!  It is totally illogical, I still had the studying to do, all that happened was I delayed the inevitable for another half hour.

What happens though if you put something off, indefinitely.  You might have a business idea that you want to launch, but then you get married, family comes along, and before you know it then 20 years have passed, and you are sitting in front of a computer, making someone else’s dream a reality.

Well there is an old Chinese Proverb –

“The best time to plant a tree was 20 years ago. The second best time is now”

In other words, it is never too late, to make a change in your life, and grab that opportunity.  Yes, you may have commitments, but with proper planning and thought, these are manageable, and any barriers that you think exist can likewise be tackled.  In fact the barriers that you believe exist are never normally as large as you think they are.

There is another quote by Lao Tzu

“The journey of a thousand miles begins with one step.”

If it feels right, then why wait another twenty years, take that first step, and see where it leads.

What is the Coronavirus Job Support Scheme?

Differences Between Gross and Net Profit (and Why Neither Matter Unless You Get Paid!)